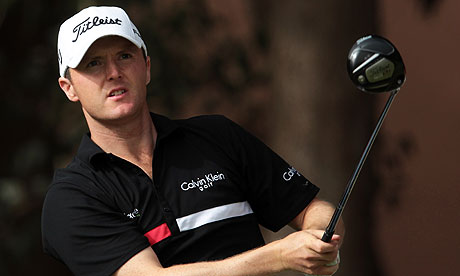 The finish represented quite a turnaround for Hoey, who started the event with a 2-over 74 and trailed McGrane by nine shots. After a steadying 67 in round two, Hoey vaulted into contention when a Saturday 65 left the Northern Irishman two behind McGrane and Matteo Manassero.

Ireland’s McGrane jumped out with birdies on the first two holes, but could not keep up the pace. He matched three birdies with three bogeys coming in, opening the door for Hoey. The 2011 Alfred Dunhill Links Championship winner came through with a front-nine 31, stumbled briefly with a bogey on 10, then closed with three birdies on his final five holes to win going away.

“I actually hit all the right shots at the right times over the closing holes, which is really satisfying,” Hoey said.

The European Tour visits Italy for this week’s Sicilian Open. Manassero figures to rank among the contenders, with most of the tour’s best preparing for the Masters.